U.S. Army First Lieutenant Martin K. Newton began his career as an enlisted combat photographer in 1994, after which time he deployed to Afghanistan and Iraq. After two deployments, he married in 2009 and his daughter, Bella, was born later that year. In light of making the military a lifelong career, Newton finished his degree in 2010, was commission as an officer and deployed once again to Afghanistan. “Serving my country means I’m part of a very small number of people who’ve chosen to serve their country no matter what the circumstance,” explains Newton. 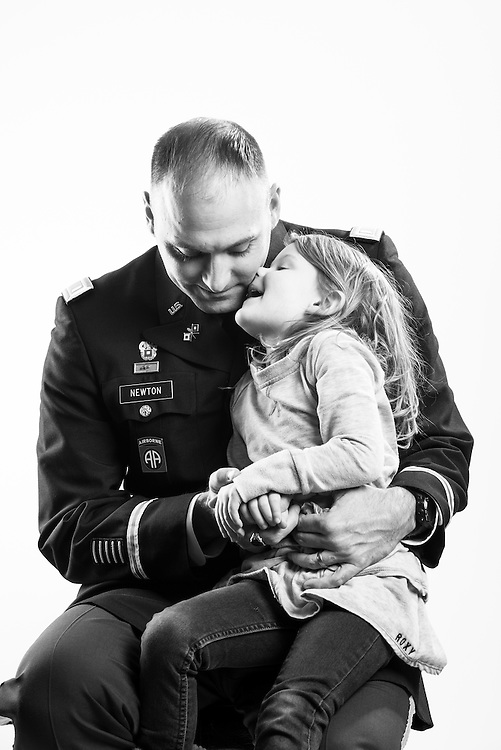