Just before he turned 21, Joseph Worley joined the U.S. Navy, an easy decision, he recalls. “Everyone, I think, feels the pull to serve their country, and I wanted that,” he says. “I wanted an education. I wanted to see the world.” As a corpsman, Worley served as a medic to a Marine unit, where he provided medical attention to wounded Marines and evacuate them from the battlefield. “Doc” Worley was attached to the Second Battalion, First Marines, and deployed to Iraq on March 1, 2004. On September 17, 2004, on a bridge outside Fallujah, Iraq, he was returning to base when the first vehicle in his medical convoy hit an IED. He was in the last vehicle. Worley jumped out to aid two of his wounded comrades. He ran on foot toward the first vehicle and hit an IED (improvised explosive device), and then with small arms fire: three times in the right leg, two in the left. Despite his injuries, Worley considers himself fortunate. “I was initially reported KIA (killed in action),” he states matter-of-factly. “I realize how close I came to dying and knowing that if it wasn’t for presence of God, giving me the strength to do what I needed to do to survive, I wouldn’t have been able to come back.” (sourced from America's Vet Dogs) 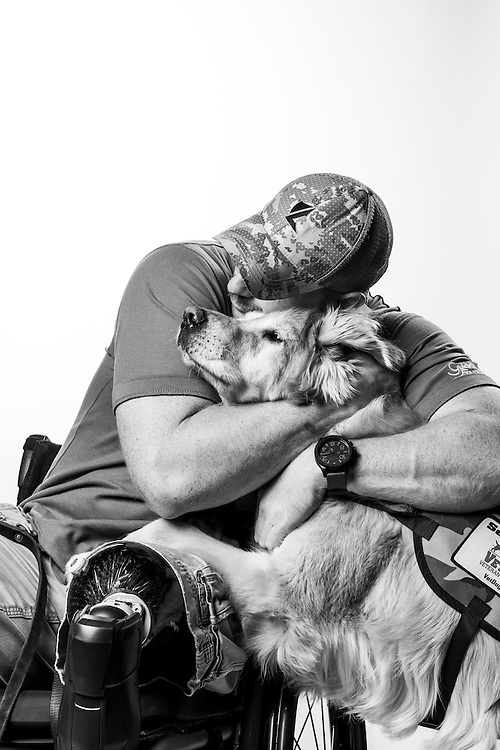